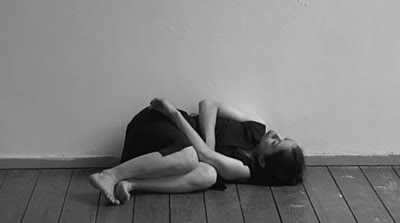 
about
MIMESIS and DIEGESIS is a series of films with improvised movements. A concentrated unity of movement, film and space.

The movements break through time with their rhythm, their intensities, transforming the ephemeral intoenergy flux. Any movement is fugitive and fragile. Stop the instant, immobilize time, continuous/ discontinuous focusing the representation of the body in an interlude to capture the invisible: The body catches the instant, becomes conscious of the fleeting time, of the impression left by the body. An ultrafast time subjected to an immediacy in which everything is quantified by unities of time. Life passes in an eternal present which blurs the reality and cultivates the appearances.
Nowadays, society lives in the era of representation, and identifies itself with the image’s triumph. The body’s representation goes further than mimetic conduct, it cannot be a copy or a representation of the reality like a mere reproduction. Art should not and cannot remain in mimesis, it should always overtake it.
This work is about the abstraction of the form, a synthesis in movement. Art regarding the body, as it is presented, transcends the interpretation, it is the abstraction of the reality, a way of non-conceptual knowledge. Art would refract society and it would not be a mimetic reflection of it.
Xoan Anleo link:
xoananleo.com