merge reportage on Vimeo.
camera and montage by Bas Noordermeer

MERGE is a colourful visual performance, a show in which video projections, animation, shadows and the moving body merge and respond to each other in a visceral way.
The dancer(s) leads the viewer through a visual world of projected images and sound in which everything flows. Bodies melt into the projection, the environment - the architecture, the landscape- or break away from it. Merging can be a violent, a successful or unsuccessful process. In other words: sometimes the body/person can adapt to the surroundings and the society, sometimes it is impossible. This is the ongoing underlying tension that triggers the individual present in the performance.

MERGE was first created as an outdoor, late night performance in 2014. Since then it developed into a flexible format that can attach itself to different indoor and outdoor contexts and locations – it is site responsive by means of the integration of images that are specific to the site. Pictures of a vanished historical reality collide with the now, with contemporary modern architecture and city scape. Images and gestures that are relevant to local past and present events can be shown and integrated.

In the Rijksmuseum Amsterdam, a version was made that dealt with the narrow
bridge of the island Deshima, the first and only trading point between The Netherlands and Japan. Another version for the Wijnhavenfestival in Rotterdam dealt with the past of a once vivid neighbourhood after having undergone the changes after WWII. These are examples of the fluidity of the concept. 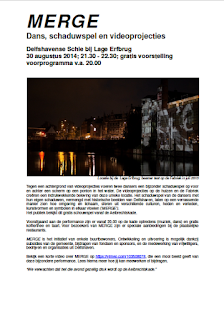 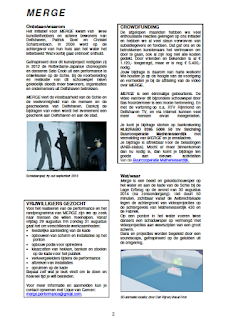 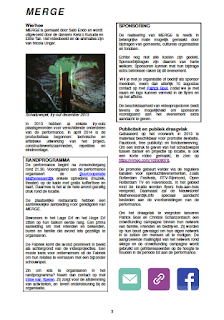 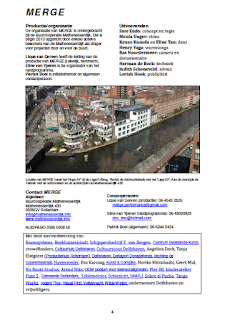 Link to the document in PDF

Team
MERGE is a collaboration between Sato Endo, Nicola Unger and the dancers Kenzo Kusuda, Eline Tan and Angelina
Deck.

Zeebelt productions / Judith Schoneveld is an advisor and producer to the project.